Mincon Group plc  is pleased to announce that it has acquired 65% interests in two companies and a 60% interest in a third company (in each case with options for Mincon to subsequently acquire the remaining interests).These three acquisitions will, together, both increase and diversify Mincon’s product portfolio, providing us with an offering in the rotary blast hole drilling industry and extending Mincon’s distribution network, addressing target markets in eastern Australia and southern Africa in line with the stated strategy to supply product direct to the end user where possible. Rotary blast-hole drilling is more commonly used in softer rock drilling or open pit mining unlike Mincon’s existing consumables portfolio which is primarily focused on servicing hard rock drilling. The acquisitions have been structured as initial majority interest purchases so as to enable the Mincon Group to access and leverage the existing network and relationships of the current owners, while allowing them to participate in the anticipated future upside from being part of a larger integrated consumables business.

“These investments represent exciting opportunities for Mincon to increase and diversify its product offering and extend its distribution network.The acquisition of Rotacan introduces a new and entirely complementary product to the Mincon consumable product range, which will double Mincon’s addressable market. The acquisition of Rotacan addresses a number of elements of Mincon’s acquisition strategy. It increases and diversifies the Group’s product offering broadening our appeal to an increased number of customers looking for a one stop supplier of consumable products. Rotacan brings with it a very experienced management team who share our philosophy in terms of designing high quality products which increase productivity and reliability for customers and we are delighted that the current management team will be working with us to grow the business and brand over the coming years.The acquisition of ABC Products and Omina serve to expand Mincon’s network of sales and distribution companies, consistent with our strategy of supplying product direct to the end user where commercial opportunity justifies the investment, rather than through third party distribution companies. This serves to improve our after sales support and service to customers and to provide the Group with greater control over product strategy and development”

Further information in relation to the companies acquired is set out below. 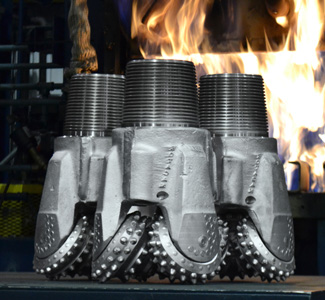 On 19 August 2014, Mincon entered into an agreement to acquire a 65% stake in Rotacan for an upfront cash payment of CAN$10.2 million (€7.0 million), with an option to acquire the remaining 35% shareholding in five years (for consideration based on an EBITDA multiple). The 35% shareholder will also have put options beginning in three years’ time.Rotacan is headquartered in North Bay, Canada with a distribution company in Chile, servicing customers in Canada, Chile, and the US.Rotacan specialises in the design, manufacture and sale of rotary blast hole drill bits, drill pipe and other ancillary products used primarily in the open pit mining industry. The business had revenues of €8.4 million for the financial year to June 2014 and recorded a profit after tax of €1.2 million (EBITDA: €1.7 million). The total enterprise value is approximately €11.0 million before working capital adjustments. Gross assets being acquired amounted to €6.7 million and net assets of approximately €4.9 million. Joseph Guido, the existing beneficial owner of Rotacan, will remain as a director of Rotacan and will be employed on a consultancy contract of CAN$ 52,000 per annum until the remaining minority interest is purchased.

On 19 August 2014, Mincon entered into agreements to acquire majority stakes in two companiesdedicated to the supply and support of quality products in the drilling and mining sectors. Bothcompanies are existing authorised distributors of Mincon manufactured product.

Mincon has agreed to purchase a 65% stake in ABC Products for an upfront cash payment of AUS$0.9

Mincon has also agreed to purchase a 60% stake in Omina for an upfront cash payment of €0.3 million,with options to acquire the remaining 40% shareholding in three to four years. Omina is established inWindhoek, Namibia and will serve to increase our market share in the southern African market andcomplement our existing distribution company in Johannesburg, South Africa.

ABC and Omina will bring revenues in excess of €6.0 million, net of current Mincon sales and net assetsof approximately €1.5 million to the Mincon Group.

The three acquisitions will be funded from Mincon’s existing cash resources, which includes the €47.1million net proceeds raised in November 2013 for the purposes of acquisitions.

The acquisitions which completed on signing are not expected to impact profit significantly in the secondhalf of the year but are expected to be profit enhancing from H1 2015.