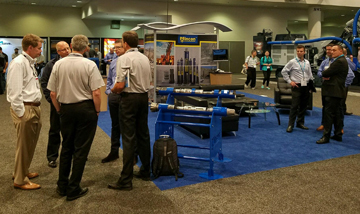 MINExpo 2016 was held in Las Vegas in September 2016. MINExpo is the world’s premier mining show and is held every 4 years. An estimated 40,000 people representing over 130 countries attended MINExpo 2016. Mincon Group plc had its expanded mining industry product offering on display. With almost 50% of Mincon Group revenue coming for […]