In 2002 Mincon started development of a range of steerable tools for Hardrock drilling in the Horizontal Directional Drilling Industry. The tools are specifically designed for use in medium to hard rock drilling conditions where conventional directional drilling systems offer very little to the contactor when Hard rock is encountered. The Mincon Hard rock range […] 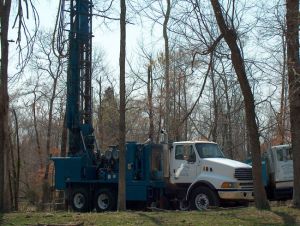 An interview with Mr. Neill Pardue of Air Drilling Company, Statesville, North Carolina by Tom Purcell of Mincon, Inc. Founded in 1966 by the late Mr. Wilson Martin, Air Drilling Company has over a period of nearly forty years built a reputation as a company that you call when you have a hard job that […] 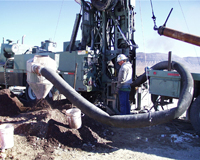 Mincon is proud to be involved in establishing the initial lifeline to the thirty-three miners trapped 2,300 feet (701 meters) below ground in the San Jose gold and copper mine outside Copiapo, Chile.  A hole 5-3/8″ (136mm) in diameter was drilled through on Monday August 23rd using the Mincon MX5053 reverse circulation hammer and drill bits.  The lifeline […]

The capsule carrying Luis Urzua emerged to cheers, songs and applause as the the last of the 33 miners trapped deep underground in northern Chile for more than two months was been rescued. Luis Urzua, the shift supervisor who was credited with helping the men survive the first 17 days before rescue teams made contact, was […]